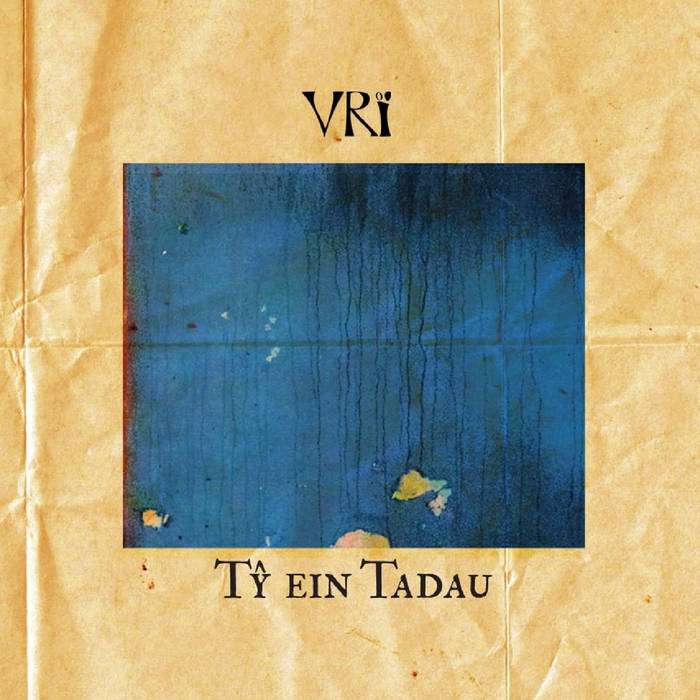 This record stays true to the trio's mission statement, to provide an art music voice in the rapidly expanding world of traditional music in Wales, whilst also drawing particular influence from chapel culture, and its interesting and sometimes controversial relationship with Welsh traditional music.

VRï formed in the summer of 2016 to explore the possibilities of a 'chamber-folk' style of playing Welsh music. With all three members already established with bands on the traditional music circuit (Calan, Elfen, NoGood Boyo) they were keen to see whether or not their shared repertoire of tunes and songs could be approached with the sensibilities of chamber music, creating a sound which was simultaneously sophisticated and raucous - maintaining in their playing all the energy and integrity of the pub sessions where they were first learned.

The backbone of this record is music from the Welsh chapel tradition. Far from being a collection of sacred or religious music, it looks at the complex relationship between Welsh music and the clergy which stretches back centuries. At the height of the Methodist reformation, folk dancing, singing and playing in almost all of their forms were being shunned by the mighty chapel as instruments of sin – meanwhile many popular tunes were being harvested, reworked as hymns and sung by the masses in order to extoll the virtues of God. This selective amnesia for huge swathes of Welsh culture meant that the members of VRï inherited a tradition broken in many places, forced into submission then resurrected and kept alive only by the brave efforts of a tireless few.
'Tŷ ein Tadau' can be seen in some ways as a reclamation exercise, and an opportunity to bring some of these old tunes back full-circle. As well offering a nod to the importance of the Welsh Chapels, which are still the cornerstone of society in the small village communities where all three members were brought up, VRï relish the thought of bringing some of the more obscure hymn tunes back into the 'folk' domain'.

'Tŷ ein Tadau' is a self-produced album, and the band employed the expertise of Sam Humphreys (Calan, NoGood Boyo) to engineer and mix their debut record. With the combination of his signature crystal clear string sound and his background in electronic dance music providing depth and drive (he regularly produces tracks for singers such as Kizzy Crawford, Eädyth, Gabrielle Murphy and many others), Sam has helped the trio realise their original vision – a healthy marriage of finesse and guts.

In anticipation of the official launch of 'Tŷ ein Tadau', VRï will be performing a select amount of gigs in Wales and England this Autumn:

Bandcamp Daily  your guide to the world of Bandcamp